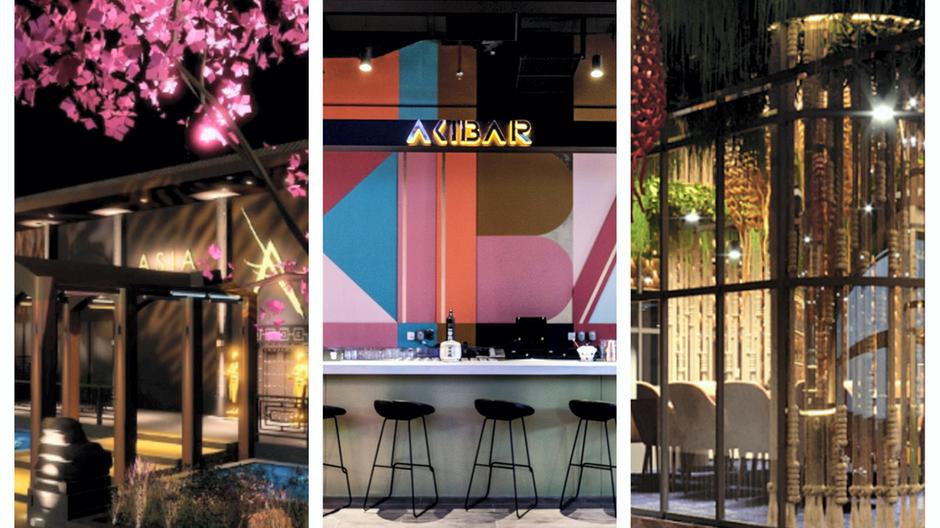 It seems like there’s a new restaurant announcement coming from Yas Bay, the up-and-coming destination located in the south of Yas Island, almost every week.

The Yas Bay Waterfront is soon to be a vibrant leisure and entertainment district, housing a number of top-notch restaurants, cafes and bars. Although no official launch date has been announced, most restaurants are scheduled to open in the last quarter of 2021.

Here’s a look at some of the exciting concepts that have been confirmed so far.

Home to Tokyo-Neapolitan pizzas, the modern Japanese street food restaurant in Dubai announced this year that it would be opening a branch in Yas Bay.

Guests can expect a location right on the pier, with sunset and water views, the restaurant’s signature pizzas, and some new dishes exclusive to Abu Dhabi.

The interiors will stay true to the brand’s retro-modern vibe.

It’s already made waves in Dubai and now the gourmet pan-Asian concept will be coming to the capital.

Paul Evans, chief executive of Solutions Leisure Group, says the Abu Dhabi branch will be “one of the most beautiful restaurants” they have designed.

A rendering depicts a vast space, complete with cherry blossom trees at the entrance.

A new Middle Eastern restaurant will be coming to the area, with a sharing-style menu created by award-winning Australian chef Greg Malouf, who is widely recognised as an authority on the cuisine.

His dishes tend to take inspiration from the region’s cuisine, but also offer a contemporary flair.

The Australian brand recently opened its first branch in Dubai, bringing its “gather and fire-inspired” concept to the region.

Now Abu Dhabi residents will also soon be able to indulge in its wide array of barbecued meats and vegetables, as it’s opening a branch in the capital.

Visitors can expect fusion street food, art and music and a menu with a variety of tacos (with gluten-free and vegan options available) from the trendy Mexican restaurant, which hails from Toronto.

There will also be an outdoor terrace.

The popular Dubai venue, also by Solutions Leisure Group, is known for its lively ambience and will be making its way to the capital this year.

Originating in Cannes, France, Paradiso is a Mediterranean restaurant helmed by Nicole Rubi, the woman behind LPM Restaurant, and Michelin-lauded chef Pierre Gagnaire. So you know it’s going to be something special.

There’s a lot of be excited about, as the restaurant promises to bring a “unique Mediterranean dolce vita flavour” to the region.

The Buddha-Bar Group and Capital Motion are collaborating with Miral to launch Siddharta Lounge by Buddha-Bar – a sleek spot that will come alive in the evenings, serving mainly Asian and Mediterranean delicacies. Expect sushi, tapas, maki rolls and more.

The Central, another project by Solutions Leisure Group, will be a new addition to the UAE’s food scene. It’s all set to be a family entertainment complex, similar to the one found in Wavehouse at Atlantis, The Palm.

Home-grown restaurant brand The Lighthouse announced that it will be making its first foray into the capital in the fourth quarter of the year. This will be the restaurant’s third branch in the UAE.

The 100-cover licensed restaurant will include a chef’s table, bakery, retail store and events space.

Meanwhile, the menu boasts Mediterranean-inspired soul food, along with new dishes exclusive to the location.

A modern Indian restaurant, with cuisine inspired by India’s rich history, has also been confirmed for Yas Bay Waterfront.