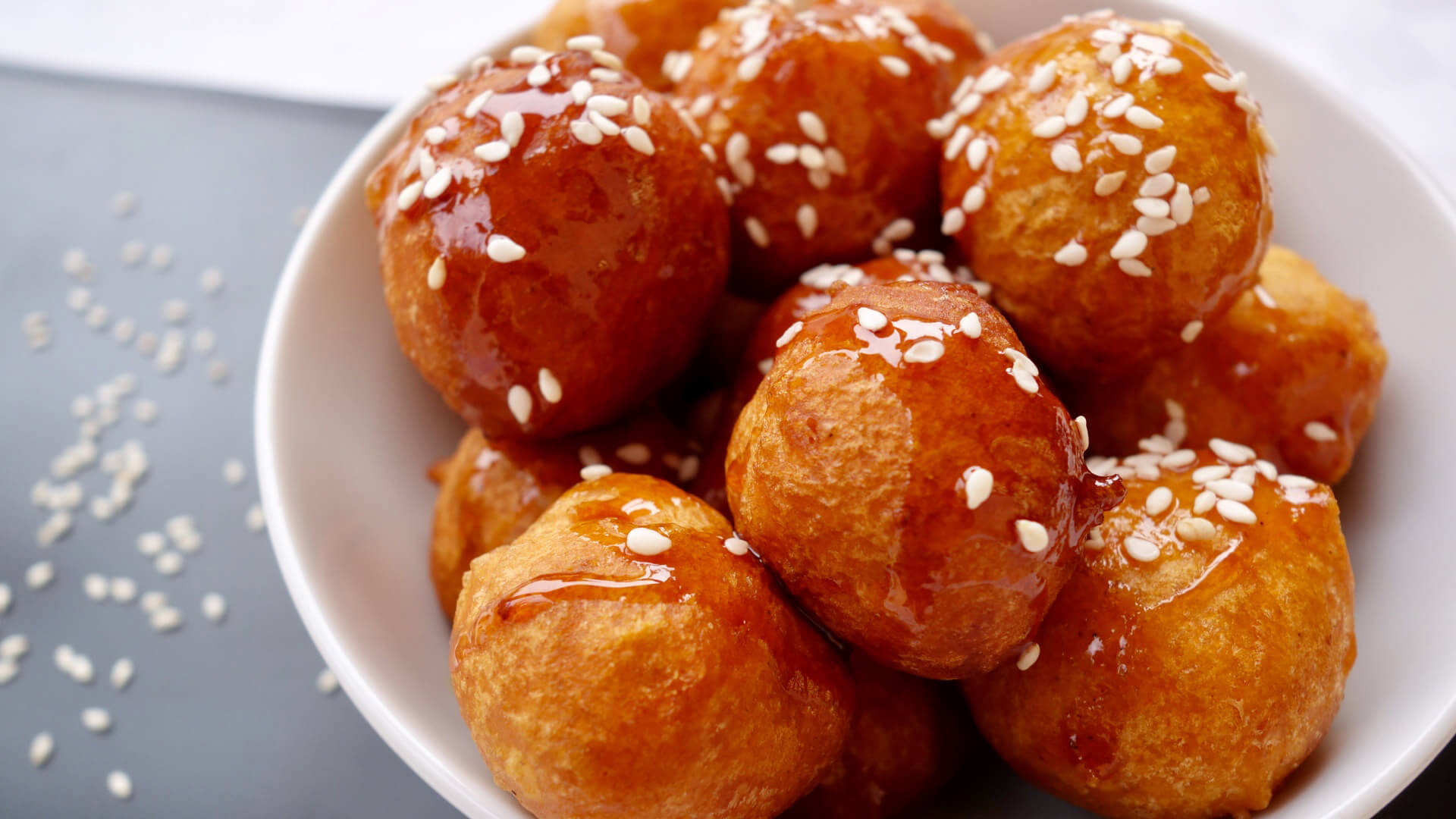 Warm dough and sticky fingers are two heartening associations when it comes to luqaimat. An iftar fixture, these decadent dumplings are a favourite across the region.

Translating as “little bites”, luqaimat are widely available in the UAE – even the Expo site has its own vendor – and are akin to yeasted doughnuts fried to crispy golden goodness and dipped in date syrup, rolled in honey or sprinkled with sugar.

While they mirror the loukoumades presented as “honey tokens” to Olympic winners in Ancient Greece, luqaimat are made from a light, yeasty batter that replaces the butter with yoghurt. In medieval Baghdad, these were known as luqmat al qadi (judge’s mouthful), and graced the caliph’s table. With slight variations in texture and sweetener, they are known as Zalabia in Egypt; aweimat (floaters) in Lebanon and Syria; and skaramati in Somalia.

“The key to the perfect luqaimat is the crunch test – and the key to the crunch is in the frying, the temperature of the oil, as well as the mix,” says Hanan Sayed Worrell, founder of Table Tales.

Recipe contributor Nisreen Bajis says: “These sweet dumplings are easy to prepare, but pack a real punch. My mother-in-law prepares them every day at iftar, an Emirati tradition.”

This dish has been brought to you by Nisreen Bajis and her mother-in-law Um Mohamad, and curated by international recipe hunter Hanan Sayed Worrell, author of Table Tales: The Global Nomad Cuisine of Abu Dhabi. The Table Tales concept celebrates the people and stories that give flavour to recipes of the Middle East.