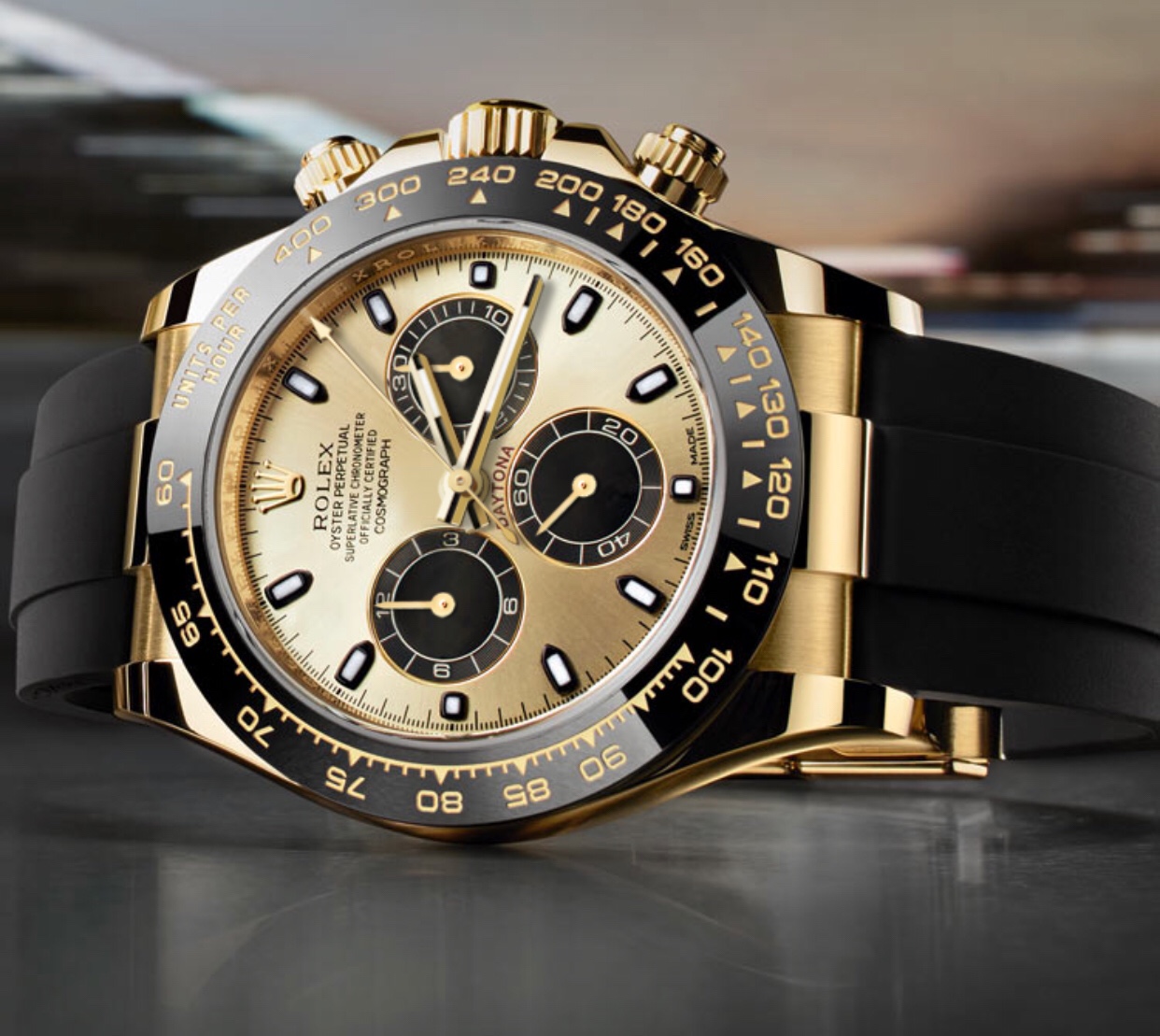 The Oyster Perpetual Cosmograph Daytona is the ultimate tool watch for those with a passion for driving and speed. Introduced in 1963, the Cosmograph Daytona was designed to meet the demands of professional racing drivers. It is an icon forever joined in name and function to the high-performance world of motor sport. More than 50 years after its creation, the Cosmograph Daytona remains in a class of its own among sport chronographs and continues to transcend time.

The Rolex Cosmograph Daytona is a mechanical chronographwristwatch designed to meet the needs of racing drivers by measuring elapsed time and calculating average speed. Its name refers to Daytona, Florida, where racing flourished in the early 20th century. It has been manufactured by Rolexsince 1963 in three distinct generations (or series); the second series was introduced in 1988, and the third in 2000. While cosmetically similar, the second series introduced a self-winding movement (the first series is hand-wound), and the third series brought manufacture of the movementin-house to Rolex.

The Cosmograph Daytona is equipped with calibre 4130, a self-winding mechanical chronograph movement developed and manufactured by Rolex. Its architecture incorporates fewer components than a standard chronograph, thereby enhancing the movement’s reliability. It also saves space, making it possible to house a larger mainspring and thereby extend the power reserve from 50 to 72 hours.

The Cosmograph Daytona is inextricably linked to the world of motor racing. It allows drivers to measure elapsed time and read average speeds on its trademark tachymetric bezel. The watch pays tribute to a place – Daytona, Florida – where passion for speed and racing developed in the early 20th century. The name embodies the historic and privileged bonds between Rolex and motor sport, which were strengthened in 2013 by the brand’s entry into the world of Formula 1® racing as Global Partner and Official Timepiece.