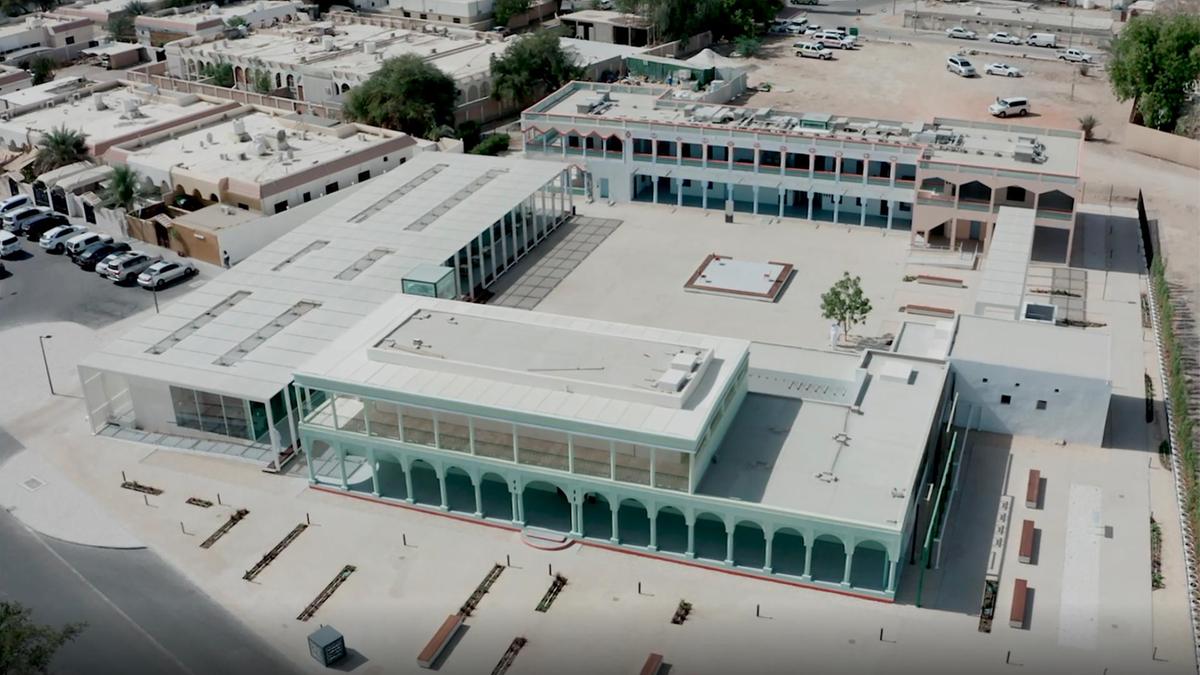 The structure, with its arched colonnades, spacious courtyard and ornate wooden doors, was built in the 1930s to 1960s by Sheikh Mohammed bin Khalifa, who died in 1979. It is one of the emirate’s most treasured sites.

Located in Al Ain’s Unesco World Heritage area, the building is a monument to the country’s transition into the post-oil era and was at the heart of community gatherings.

“I look on with pride at the house of my father, which has become a place for future generations to enhance their knowledge of the history of their glorious homeland,” Sheikh Tahnoun wrote on Twitter.

“My father was one of the great men of his time, a friend to the country’s Founding Father, Sheikh Zayed, and contributed to the process of establishing our beloved country.

Sheikh Mohammed bin Khalifa was a chief figure in Al Ain and played an advisory role during the formation of the UAE. He was also the father-in-law of Sheikh Zayed and the maternal grandfather of the President, Sheikh Khalifa.