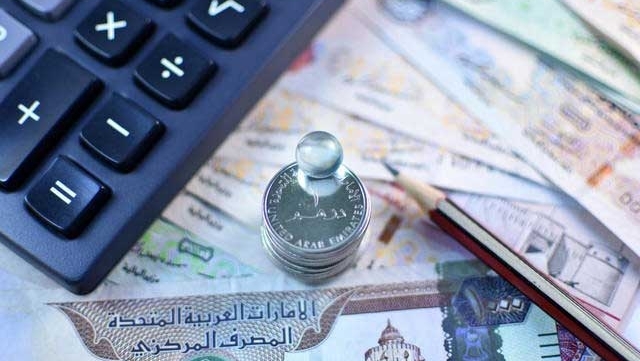 Khaleej Times: The commutation periods spent by the worker from the place of residence to the work site thereof shall not be calculated within the working hours.

For example, a teacher who is on husband’s visa would wind up work by 2:00pm, however, the teachers on school visa are expected to stay up to 3.30pm. This rule is not written anywhere, neither in our appointment letter. However, this has been in practice verbally and those on school visa are obliged to stay back. Is that even legally allowed?

When we joined the organisation, we weren’t informed of such a rule; it’s only after we signed our employment contract and started working there that we were told verbally that our work timings are extended by an hour and half because the school has sponsored our visa. Please advise.

It is presumed that your employment is subject to the provisions of the Federal Law No 8 of 1980 on the Regulation of Labour Relations (the “Employment Law”).

The Employment Law contains specific provisions pertaining to hours of work, whereby it is prescribed that the maximum working hours for employees normally shall be eight hours in a day. We cite Article 65 of the Employment Law for your reference in this regard.

“The maximum number of ordinary working hours for adult workers shall be eight hours per day, or forty-eight hours per week. The number of hours may be increased to nine hours per day for people employed in trade, hotels, cafeterias, security and other jobs whose addition may be made by virtue of a decision from the Minister of Labour. Furthermore, the daily number of working hours may be reduced for strenuous or harmful works and such by virtue of a decision from the Minister of Labour and Social Affairs. The ordinary working hours shall be reduced by two hours during Ramadan. The commutation periods spent by the worker from the place of residence to the work site thereof shall not be calculated within the working hours.”

Further, it is also prescribed in the Employment Law that the daily hours of work are to be designed by the concerned employer in a manner that employees are not required to work for more than five hours at a stretch and there are adequate breaks for rest, meals and prayer. This is in accordance with the provisions of the Article 66 of the Employment Law which reads as follows.

“The daily working hours shall be so regulated that no worker shall work for more than five successive hours without breaks -for rest, meals and prayer- amounting in aggregate to not less than one hour. Such breaks shall not be included as part of the working hours.

However, in factories and workshops where work is organised in the form of successive day and night shifts, and in processes where work has to continue uninterrupted for technical and economic reasons, the manner in which breaks for rest, meals and prayer are to be granted shall be specified in a resolution by the minister.”

It may be noted that the normal working hours for teachers are till 2pm – the rule should normally be applicable for all teachers regardless of their visa sponsorship status. In the event any teacher is compelled to work for additional hours, such teacher shall be entitled to receive payment for overtime work. In this regard, we cite Article 67 of the Employment Law for your reference.

“Where the work circumstances require a worker to work more than the normal number of hours, any period worked in excess shall be treated as overtime, for which the worker shall receive the wage stipulated for his normal working hours, plus a supplement of at least 25 per cent of that wage.”

In view of the foregoing provisions of the Employment Law, the act of your employer to compel certain employees to work additional hours is arbitrary and without a justified reason. You may therefore try to prevail upon your employer to either maintain parity in the working hours for all employees i.e., the teachers; or, pay overtime remuneration for the additional hours of work done by the specific teachers in the school.

Help! I have got a labour ban

I joined a company in Dubai, which was closed down before I completed six months in my job. The owner of the company asked all the employees to look for new jobs. However, when I got a new job and the company applied for the visa, it was found that I have been banned for a year for not completing six months on my job.

I wish to know if there is any option for me to lift the ban, because I didn’t leave the company on my own. I have a no objection letter from the company and other documents, but still the ban is in place. Please help me.

It may be noted that usually employment bans are not imposed on individuals who have completed one year of continuous service in their previous employment. But unfortunately, in your case, the period of employment was less than six months.

Notwithstanding the above, since the reason for termination of employment could not be attributed to you, the labour ban may be lifted at the discretion of the Ministry of Human Resources and Emiratisation. In this regard, you may approach the ministry, requesting for a review of the ban and you may further represent there stating that you had not terminated the employment contract, and as such the termination was due to closing of the entity where you were working, by the employer.

It may however be noted that you may also seek for revocation of the employment ban in the event you are offered a salary which satisfies the minimum prescribed salary limits stated in this regard corresponding to one’s educational qualifications. This is in accordance with the provisions of Article 4 of UAE Ministerial Order No 1186 of 2010 which states:

“As an exception to the provision of Item No. 2 of Article 2 of this Resolution, the ministry may issue a work permit to an employee without requiring the two year period in the following cases:

In view of the foregoing, you must be offered minimum salaries stipulated above so as to seek a revocation of the employment ban. Apart from this, labour bans issued by the ministry may not be effective at the free zones of the UAE. And, you may seek with any entity incorporated in any of the free zones.

Ashish Mehta is the founder and Managing Partner of Ashish Mehta & Associates. He is qualified to practise law in Dubai, the United Kingdom, Singapore and India. Full details of his firm on: www.amalawyers.com. Readers may e-mail their questions to: news@khaleejtimes.com or send them to Legal View, Khaleej Times, PO Box 11243, Dubai.