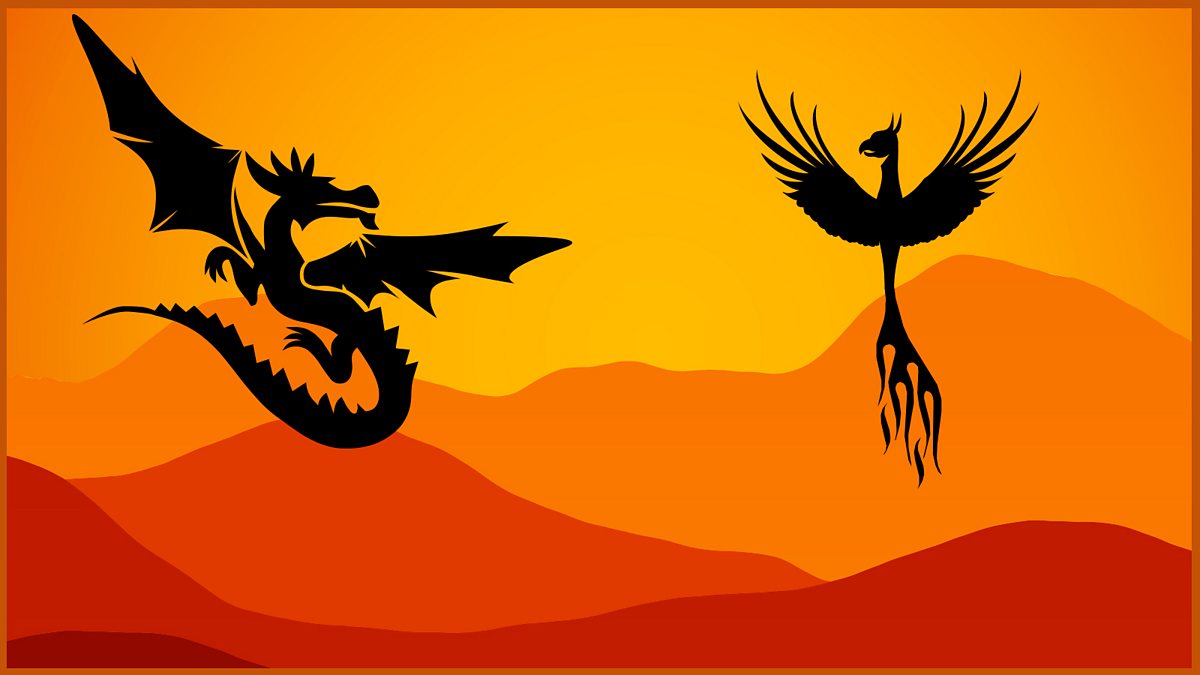 Louvre Abu Dhabi has announced its second international exhibition of 2021, Dragon and Phoenix – Centuries of Exchange between Chinese and Islamic Worlds, which will run from 6th October 2021 until 12th February 2022.

Organised by Louvre Abu Dhabi in partnership with Musée national des arts asiatiques – Guimet with the support of France Muséums, the exhibition will showcase the cultural and artistic exchange between the Chinese and Islamic civilisations from the 8th to the 18th century. Visitors will be able to explore cultural connections through more than 200 artworks from the collections of Louvre Abu Dhabi, the Musée Guimet and 12 international museums and institutions, alongside a wide-ranging cultural programme.

Dragon and Phoenix places in dialogue artefacts from two worlds rich in culture, arts, and sciences: China (the dragon) and the Islamic world (the phoenix). The exhibition showcases the connections, artistic influences and remarkable untold stories of more than 800 years of exchange through land and sea trade routes, from the establishment of the first Arab merchant colonies in Canton in the 8th century until the beginning of the 18th century. Journeying from the Mashriq and the Arabian Peninsula through Central Asia and the Indian Ocean, and to China and Vietnam, the exhibition reveals a long and rich history of mutual admiration and influence reflected in both material and immaterial exchanges.

Dragon and Phoenix particularly aims to highlight unconventional centres of artistic and cultural production. With both a physical exhibition at the museum and an online experience, it will shed light on how centuries of cultural exchange and the prolific artistic production between the two worlds reveal a dominance of coveted luxury materials and artworks between the 8th and 18th centuries.

When the Dragon and the Phoenix met, who could have predicted the impact on global trade, art and history?

As a museum with a universal viewpoint, Louvre Abu Dhabi explores stories of cultural connections. In this exhibition we see a new perspective on the meeting of two great cultures, and in this story, Europe is not the central character.

From Arabia and Africa to the far reaches of Asia, along ancient trade routes – on both land and sea – people, technology and luxury goods travelled for more than 800 years. Through a display of 250 masterpieces, we explore the remarkable and little-known history of these cultural exchanges.

The exhibition begins in the 8th Century, as the Islamic world gazed towards China, a great source of technical advances and objects of beauty. Chinese porcelains and textiles were prized by Caliphs and were given as diplomatic gifts, which inspired Islamic local production in turn. Later, Chinese Emperors invited artists and craftsmen from all over the Islamic world to renew certain styles and ideas. The Islamic world was an important source of inspiration for China and a supplier of luxury products, including the cobalt blue used in Chinese blue-and-white porcelain.

There is a long history of using dragons and phoenixes in these two artistic traditions. In this exhibition we will find them on porcelain, silk, jade, in paintings and crafted into precious silver & gold objects. One of the highlights on display is a rare gold cup with a dragon handle. This masterpiece of Louvre Abu Dhabi’s collection may have been used by a nomadic Mongol dignitary journeying from China. Also on show are some of the most spectacular textiles ever created: Panni Tartarici are Chinese silks woven with gold, a union of Chinese traditions and those of the Near East and Central Asia.

Dragon and Phoenix also highlights the ‘alliance of the two pens’, the brush in China and the reed pen in the Islamic world. Thanks to a superb selection of drawings, manuscripts and scrolls, the exhibition shows the similarities and the spiritual value placed on the two calligraphic traditions.

Featuring works from the collection of Louvre Abu Dhabi and 13 lending museums and institutions, discover a meeting of two great cultures, and its importance for the world. 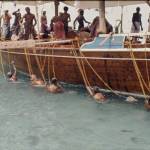 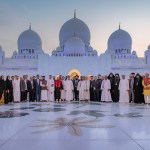 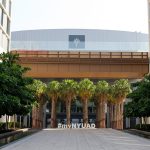