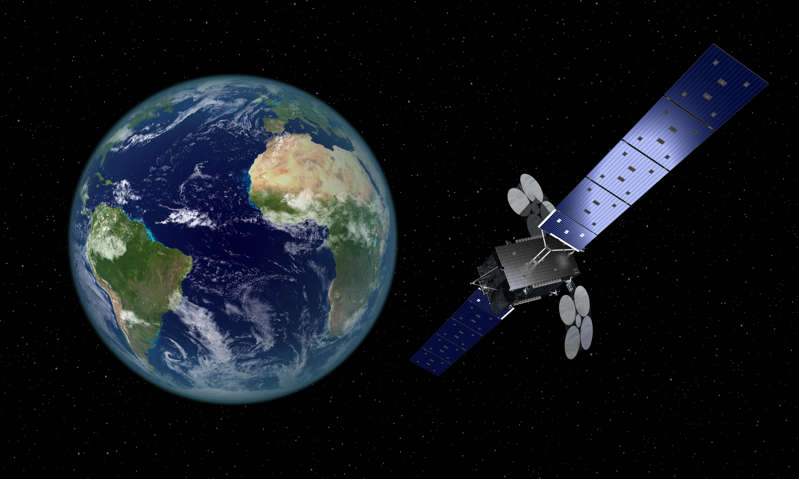 The company, which is among the top-10 satellite operators in the world by revenue, expects income from its global data services to significantly rise once it adds new technology and launches another satellite into orbit in 2023, Ali Al Hashemi, group chief executive at Yahsat, told The National. It currently earns a large chunk of its income from voice services.

Yahsat on Thursday said it has selected Cobham Satcom, one of the world’s top satellite communications solutions providers, for a comprehensive mobile broadband system. The technology firm will provide ground infrastructure and products to operate across Yahsat’s entire coverage, using the Thuraya 4-NGS satellite that will be launched in 2023.

The deal with Cobham will boost Yahsat’s data services, providing Thuraya 4-NGS with advanced 4G and 5G capabilities. Yahsat is looking to increase its share in the global satellite data services market, which is currently valued at more than $5 billion and is projected to reach more than $19bn by 2027, according to a report by Applied Market Research on data services market.

Yahsat’s revenue for the first six months of 2021 reached $190.2 million, a 3.9 per cent year-on-year drop due to “heightened Covid-19 challenges in global markets during the first quarter of 2021”, the company said in a regulatory filing in August to the Abu Dhabi Securities Exchange, where its shares are traded.

However, revenue on quarterly basis rose 10.9 per cent to $100m in the second quarter of 2021, reflecting Yahsat’s “growth potential” despite the pandemic-driven headwinds.

Yahsat recorded improvements across its business lines in 2021 that boosted its first-half profit in line with the previous year to $30.1m. After adjusting for one-off non-recurring items, the company’s net income climbed 28 per cent to $37.1m for the period, it said at the time.

Founded in 2007, the satellite operator offers multi-mission satellite services in more than 150 countries across Europe, the Middle East, Africa, South America, Asia and Australasia. It has a current fleet of five satellites that extends its reach to more than 80 per cent of the world’s population.

Yahsat has selected billionaire Elon Musk’s SpaceX to launch its mobile telecoms satellite. A Falcon 9 rocket would carry the satellite into space in the second half of 2023, the company said on Wednesday.

The company has committed to initially investing more than $500m to develop the satellite, which will be funded by Yahsat and its mobile satellite services subsidiary, Thuraya. It also plans to invest more in the coming years and its deal with Airbus includes an option to build an additional satellite identical to Thuraya 4-NGS to strengthen the coverage across the Asia-Pacific region.

In June, Yahsat struck a 15-year satellite services agreement with a government customer in the UAE, adding more than $700m to its committed contract backlog, which stands at Dh7.7bn.

About 70 per cent of Yahsat’s turnover is driven by UAE government clients under long-term commitments, which set up foundation for “robust and growing dividend capacity”, according to the company.

The satellite company’s shares started trading on the ADX in July after it raised Dh2.68bn through its initial public offering, selling 975.9 million shares, or 40 per cent of its equity to investors.

Yahsat’s listing was the first major IPO on the Abu Dhabi bourse since Adnoc Distribution listed its shares in 2017.