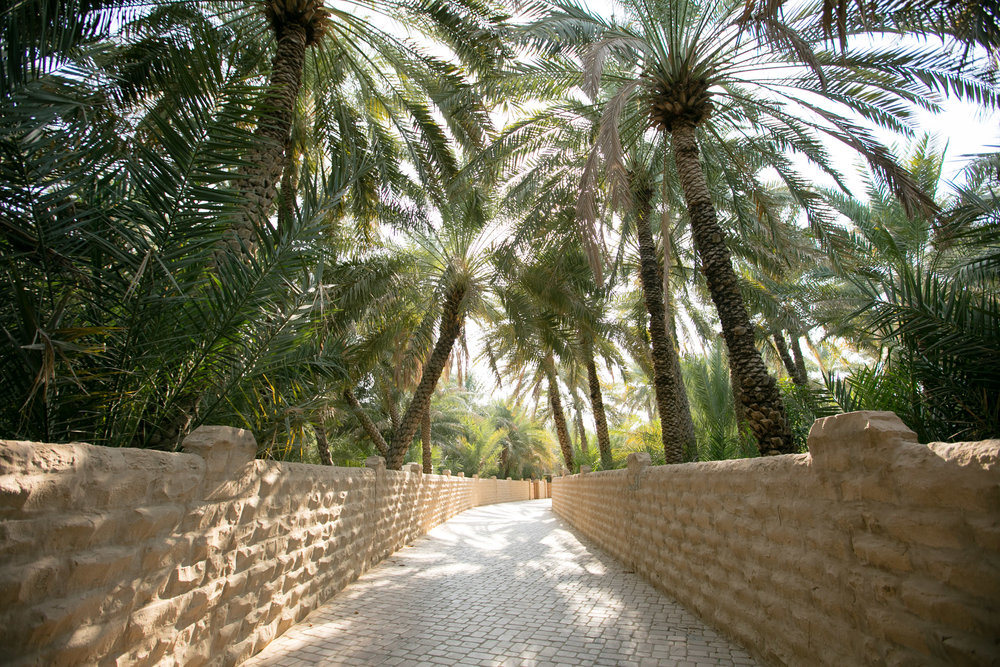 The historic oasis sprawls across 3,000-acre and provides a unique insight into the region’s inhabitants who began taming the desert 4,000 years ago. The Al Ain Oasis has been a UNESCO World Heritage Site since 2011, but only now, with the construction of an educational Eco-Centre and an extensive system of shaded pathways that wind through some 147,000 date palms, is it open to the public.  The site houses up to 100 different varieties of vegetation that surround the impressive oasis, with widespread plantations that are also working farms.

With its still-operating traditional Falaj irrigation system, meandering pathways beneath a thick canopy of date palms and other fruit trees, Al Ain Oasis reflects what agriculture in this region has been like for millennia.Covering 1,200-hectares, the oasis is located in the middle of Al Ain city and is the largest of Al Ain’s oases. Farmers tend over 147,000 date palms of 100 different varieties, as well as fodder crops and fruit trees such as mango, orange, banana, fig and jujube (known locally as sidr). Individual plots are separated from each other by historic boundary walls. The UN’s Food and Agriculture Organisation has recognised all of Al Ain’s oases for their importance as a repository of genetic resources, biodiversity and cultural heritage.

The Eastern Fort, also called Sultan Fort, lies at the eastern edge of Al Ain Oasis and once lay at the heart of the former village or Hara of Al Ain, also called Haret Al Hisn. The fort is one of a number of historic buildings associated with the rising influence of the ruling Al Nahyan family in Ain from the end of the 19th century. It was built around 1910 by Sheikh Sultan bin Zayed (r. 1922-1926), who resided there prior to becoming ruler of Abu Dhabi.

The water supplying the oasis comes from wells, as well as from the ancient falaj system, which taps distant underground or mountain aquifers, and then delivers the water, sometimes over many kilometres, to farms via a system of ground-level and below-ground aqueducts.There are two main falaj systems serving the oasis – Al Aini and Dawood. They provide water to two separate parts of the oasis and both come from the southeast, the direction of the Hajar Mountains and nearby Jebel Hafeet mountain. Once inside the oasis, the water is distributed through an intricate network of channels. The distribution is strictly enforced and is implemented by blocking channels in a manner that direct water to the required area.

While elsewhere in Al Ain, the ground is mostly sand and gravel, in the oasis, a wash flowing from Jebel Hafeet mountain has deposited a thick layer of fine silt and clays that are suitable for farming. There is an interpretive EcoCentre and other facilities at the western entrance to the oasis. 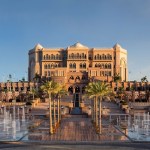