The ‘Happiness Patrol’ of the Abu Dhabi Police (ADP) took an Afghan family from the Emirates Humanitarian City on a tour of the capital and its pro-tolerance culture, based on diversity and intercultural dialogue The Afghan family expressed their admiration for the city and its architecture, and the patrol made all family members happy.

The Police Heritage Section of the ADP’s Protocols and Public Relations Department presented souvenir gifts to the family and introduced them to ADP’s historical heritage.

The ADP commended the significant efforts of the Emirates Humanitarian City, which is currently temporarily hosting many Afghan families before they head to their next destinations, as well as the city’s humanitarian role that underscores the UAE’s approach to humanitarian assistance, which was instilled by the Founding Father, the late Sheikh Zayed bin Sultan Al Nahyan. 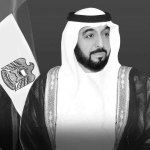