Mazrouei said that the $300m (AED1.1bn) project includes the establishment of a road that will link both areas on the intersection of Dhafeer Street.

Suwaidan Rashed Suwaidan Al Dhaheri, acting chief executive officer of Musanada, said that the 10.5km road would include five bridges, with 4km of the road being above-water.

Two contracts will be delivered to achieve project completion, which is scheduled for Q2 2020.

The first contract will include the construction of a road with three lanes in each direction for 6.5km, starting from Al Reem Island and passing through Umm Lafina Island (North and South).

Additionally, the contract will include building three bridges above water canals to maintain the navigation of traffic.

The other contract will include the establishment of a 4km road above water and mangrove areas to connect the south side of Umm Lafina Island with Sheikh Zayed Road.

Two bridges will be built to pass through the water canals and the main intersection to ease traffic in all the directions around Sheikh Zayed bin Sultan Road.

Al Dhaheri said that the project would include pedestrian and cycling lanes, which would be constructed along with other facilities and bike renting shops in order to create an integrated project.

Arch-shaped concrete tiles will be used to preserve the environment, ensure the flow of water, reduce bad effects on mangroves trees, and enhance the navigation of traffic in the area.

According to WAM, the project is one of the surface transport schemes that DoT is pursuing to enhance the level of infrastructure and support economic growth in Abu Dhabi. 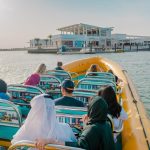 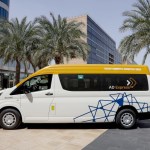 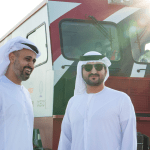 Abu Dhabi and Dubai Connected Directly with The National Railway 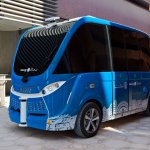 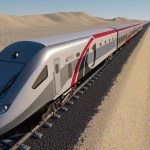 Abu Dhabi to Dubai railway: what is it like to ride on the line?