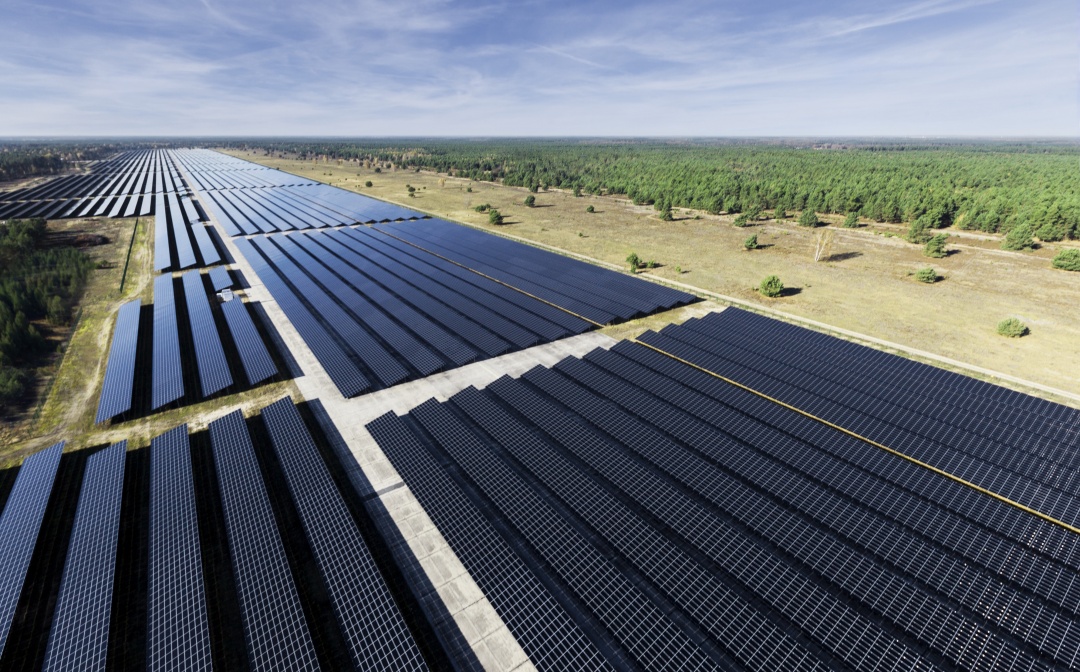 Since its establishment in 1971, Abu Dhabi Fund for Development (ADFD) has been playing a leading role in translating into reality the UAE’s vision to strengthen the economies of developing countries, as well as supporting the national economy and enhancing its global competitiveness.

Over the past 50 years, the Fund has financed thousands of strategic projects in 97 countries, creating major social and economic impacts. The volume of ADFD’s financing and investments doubled to reach about AED150 billion. The Fund adopted a diversified investment strategy that played an important role in stimulating the UAE economy in developing countries. As a result of these efforts, ADFD contributed to the UAE’s position as the first and largest donor of development aid worldwide for five consecutive years.

Supporting and developing the national economy Supporting the national economy and enhancing its competitiveness constituted a strategic objective for ADFD within the framework of the UAE’s pioneering policy of economic diversification. Over the past years, the Fund has launched initiatives and developed new tools that contributed to the growth of the national economy. This was done by enhancing the role of the private sector as an effective strategic partner in the development process. One of the main tools adopted by the Fund is to expand the scope of work of national companies by enabling them to implement and develop projects in ADFD beneficiary countries receiving financing all around the world.

ADFD launched the Abu Dhabi Exports Office (ADEX), to support national companies and build a diversified and sustainable economy by providing financing solutions and guarantees to importers of Emirati products and services. This has contributed to increasing national export rates and opening new markets for them.

Promoting renewable energy solutions To support the UAE’s policy aimed at promoting the adoption of clean energy at the global level and accelerating the pace of transition towards renewable energy, ADFD launched a global initiative to support renewable energy projects in cooperation with the International Renewable Energy Agency (IRENA), valued at US$350 million. The initiative enabled developing countries to use renewable energy technologies, which lead to the reduction of greenhouse gases and harmful carbon emissions causing climate change. Additionally, the Fund contributed to financing two initiatives to support energy projects in the 27 Pacific and Caribbean countries, with a total value of US$100 million.

Mitigating the impact of COVID-19 ADFD launched several initiatives to mitigate the impact of the pandemic on the economic activities in the UAE and developing countries. At the national level, an AED1 billion initiative was launched to support national companies operating in vital sectors that are mostly affected by the repercussions of the pandemic. Target sectors include healthcare, food security and industry. Globally, the Fund contributed to the pledge of the Arab Coordination Group to allocate US$10 billion to help developing countries recover from the economic stagnation caused by the pandemic. ADFD also launched a pioneering initiative that allowed the postponement of debt repayments by developing countries benefiting from the Fund’s loans during the year 2020.

Historical decision H.H. Sheikh Mansour bin Zayed Al Nahyan, Deputy Prime Minister, Minister of Presidential Affairs, and Chairman of the Board of Directors of ADFD, said, “Today, we celebrate the historical decision issued by the late Sheikh Zayed bin Sultan Al Nahyan, to establish the Abu Dhabi Fund for Development. Throughout its notable history, ADFD has achieved key milestones and is preparing for the next 50 years with an ambitious strategy to support the UAE’s role in achieving sustainable development locally and globally.”

He added, “Under the leadership of President His Highness Sheikh Khalifa bin Zayed Al Nahyan and the continuous follow-up of His Highness Sheikh Mohamed bin Zayed Al Nahyan, Crown Prince of Abu Dhabi and Deputy Supreme Commander of the UAE Armed Forces, the Fund has become one of the most prominent development institutions in the world, and a key contributor to building the economies of developing countries, all the while positively supporting people’s lives.”

Sheikh Mansour also noted that ADFD has succeeded over the past 50 years in managing concessionary loans, development grants and technical expertise provided by the Abu Dhabi government to friendly developing countries. This led to comprehensive development, all the while assisting developing countries in addressing economic challenges and improving the standard of living.

The Fund contributed to positioning the UAE as the world’s first and largest donor for development aid, a source of pride for every Emirati, he said, in conclusion.

“Economic and social growth is a title for the development of countries and the progress and prosperity of their people. Over the course of five decades, we in the UAE have created a unique model for development, leadership and excellence that helped us achieve top rankings in global competitiveness and human development indexes,” he said.

Sheikh Abdullah, added that ADFD plays an important role in stimulating the economic growth of the UAE and enhancing the ability and competitiveness of national companies and exports to access global markets.

Strategic economic partnerships Over the past 50 years, the Fund established crucial partnerships with regional and global financial institutions that enabled it to smoothly carry out its mission. These partnerships have also strengthened its position as a development institution and enabled it to achieve its economic objectives locally and globally. There is little wonder that UAE ranked first in the world for five consecutive years as an international donor of development aid, according to the Development Assistance Committee of the Organisation for Economic Cooperation and Development (OECD).

Realising the UAE’s vision Mohammed Seif Al Suwaidi, Director-General of ADFD, expressed his gratitude and appreciation for the UAE President; His Highness Sheikh Mohammed bin Rashid Al Maktoum, Vice President, Prime Minister and Ruler of Dubai; and Sheikh Mohamed bin Zayed Al Nahyan, all of whom followed the vision of the late Sheikh Zayed and enabled ADFD to support the international community in overcoming economic challenges and achieving sustainable growth and prosperity in developing countries.

Al Suwaidi, said, “ADFD has significantly contributed to the UAE’s effort and vision to become a global leader as a provider of economic and sustainable development assistance at local and international levels. Our achievements have been possible due to the support and direction provided by H.H. Sheikh Mansour bin Zayed Al Nahyan and his keenness to put ADFD ahead of all major development and economic institutions in the region and beyond.”

Al Suwaidi, added, “We are proud that our AED150 billion in development funding and investments have supported the UAE’s economy as well as those of developing countries, all the while helping beneficiary countries in developing infrastructure to achieve sustainable development.”

“We are on the cusp of a qualitative start for the next 50 years to become an enabler of a unique Emirati model of success. We have also fulfilled our resolve to optimally invest our resources so that we continue to remain a model for achieving sustainable economic development for a better future for all,” Al Suwaidi added.